We will leave and enter Albania 3 times. By then the border guards should have figured us out.

The sunshine which accompanied us out of Skopje lifted the spirits but the failing clutch on Andrew’s big orange KTM literally threw a wrench in our plans. When we first stopped I took the time to top up the engine oil on the BMW.

After rejecting the initial plan to try the clutch adjustments ourselves we ended up (by the usual method: someone calls someone’s brother who calls someone else..) at a moto repair place run by some interesting ethnic Albanians. Roberto in his wisdom had packed the key part and this saved us waiting 2 days. Eventually with the clutch slave cylinder replaced, bikes soaped and washed down, and finally fed a large cheese pastry and glasses of yoghurt, we were off on the next leg, but not before being introduced to their huge, frightening looking caged fighting dog.
The track took us around a lake through winding forested roads and past small villages and holiday sites to a ski resort town at the head of the lake complete with a sunken church, a casualty of the dam that produced the lake. 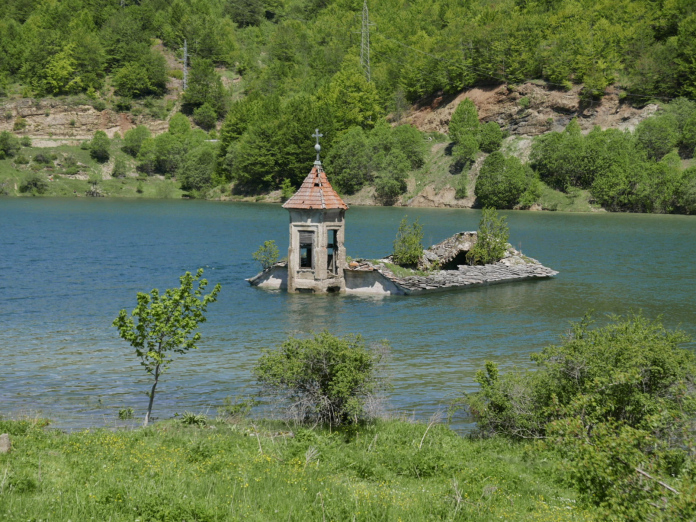 Once over the dam we followed a dramatic deep limestone gorge created by the river as it tore its way downhill through the grey and yellow rock. This was superb riding and would be a major natural attraction in any country, but I didn’t have much time to stop for pictures; I missed some superb images since every time I stopped it meant rushing to catch back up to the guys… 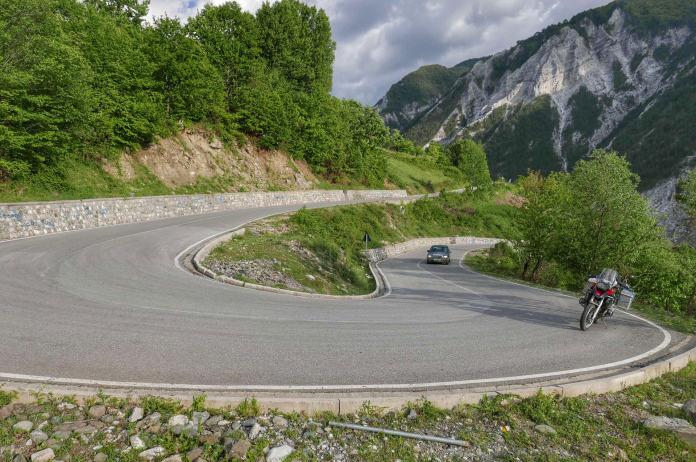 This area of Albania had a different feel from that bordering Greece – hard to pinpoint but the people were different (primarily Muslim, more blonde or fair women, lots of noisy who swarmed us when we stopped), and the countryside and towns had a different look. Agriculture was more developed and the the occasional cypress lent a little Italian flair to the countryside.

We passed over a 1200 m pass on another gloriously engaging mountain road, and the descent presented us with a very Alpine feel, much different from the trip up.

We stopped in Kukes for the night where we we witness to the local soccer team winning an obviously huge game – after the overtime penalty kick win the streets came alive with crowds of chanting people and the explosions of various fireworks. 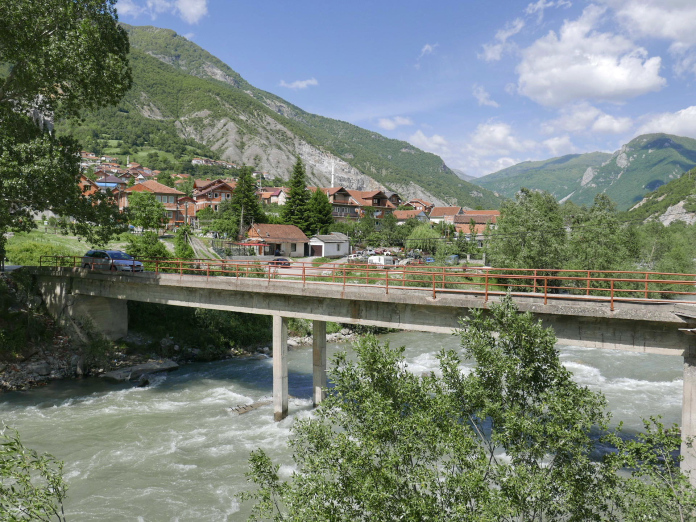 One thought on “Back To Albania”