We had a beautiful route planned for yesteday, running south from near Arezzo along the Apennine spine of Italy ending eventually at a famous barbecue and meat shop in the middle of nowhere on the ridge line, where we would select our favourite cuts to throw on the outdoor grills. Great plan but not to be. 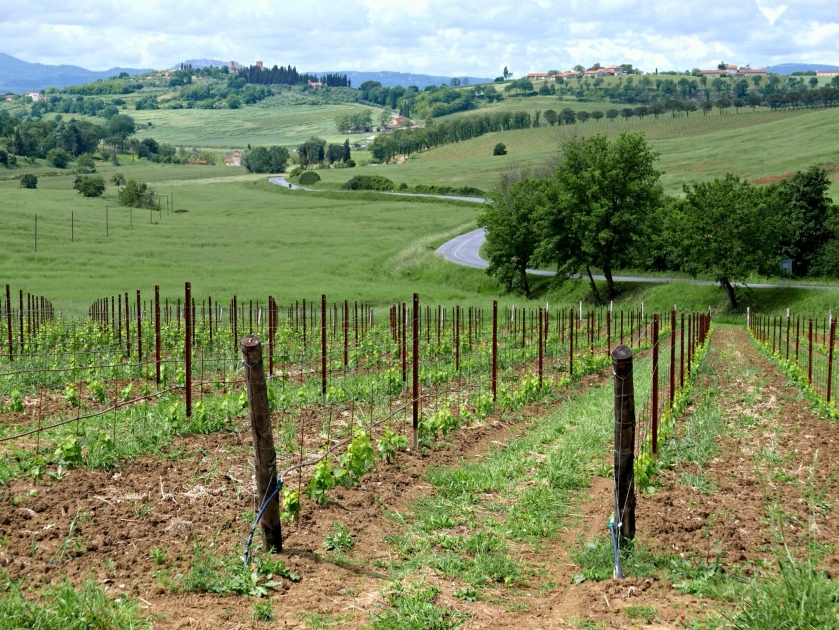 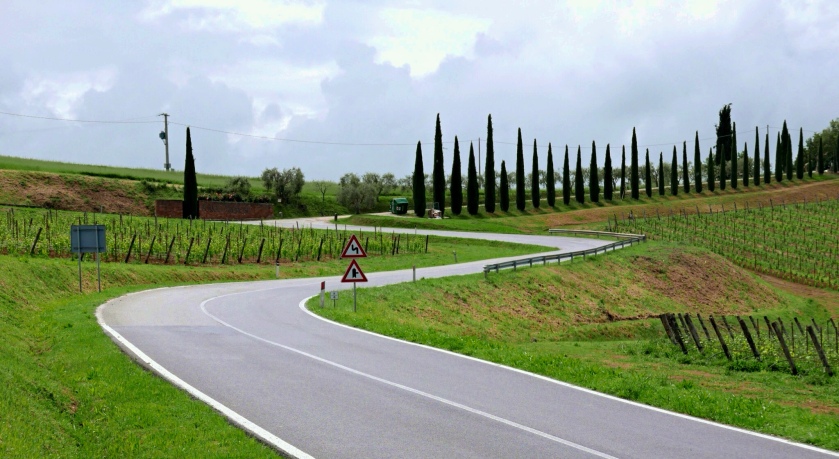 The GPS (known to my wife as my Swedish girfriend, since that is the lovely voice I chose for her) insisted on taking us up through a farmer’s field, where the road deteriorated from a rough farmer’s path to a goat track. Being the optimistic I am, I took the poor 1200 GS up a steep slope of wet, loose, grapefruit sized rocks. When the slope pitched up even more I was wise enough to stop. The GS and I made it back down (my old mountain bike skills came in handy). Even trying to create new routes on the GPS using Roberto’s waypoints was to no avail as for some reason lady Garmin kept trying to send us up the mountainside. We pulled over in a medieval town at the base of the infamous goat tracks to have an expresso and sort out the remains of the day. 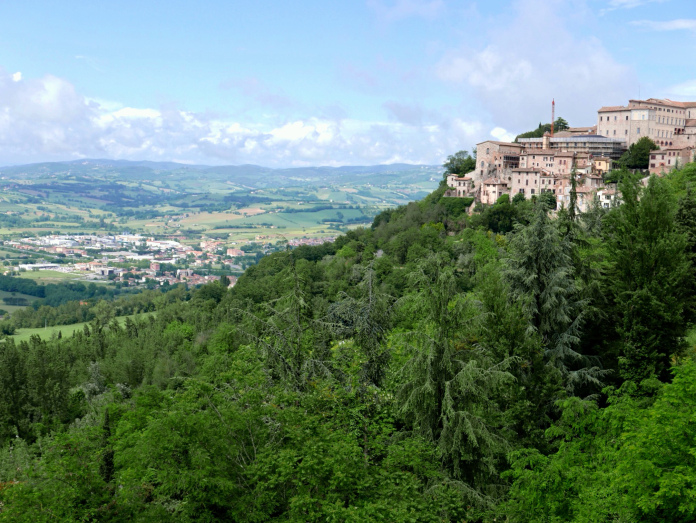 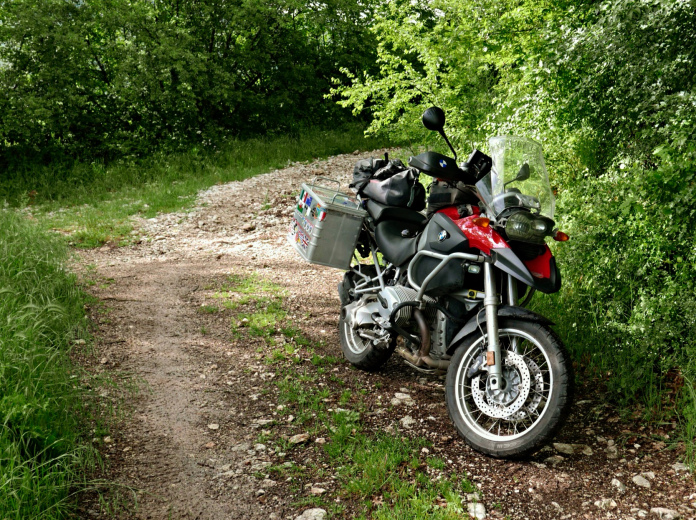 We finally created a route to get us somewhere near the elusive barbecue. Lady Garmin came through and served up a delicious hairpinned ride over a small mountain and later through a deep limestone valley with higher speed riding. Just when our energy stores were running out, we rode into Antrodoco. This is an amazing town stuck to the side of a mountain capped by a 12th century castle and criss-crossed by steep cobblestone streets. Not far from L’Aquila, unfortunately the site of a huge earthquake in 2009, it is also on the edge of Gran Sasso e Monte Della Lago National Park through which we would ride the following day. 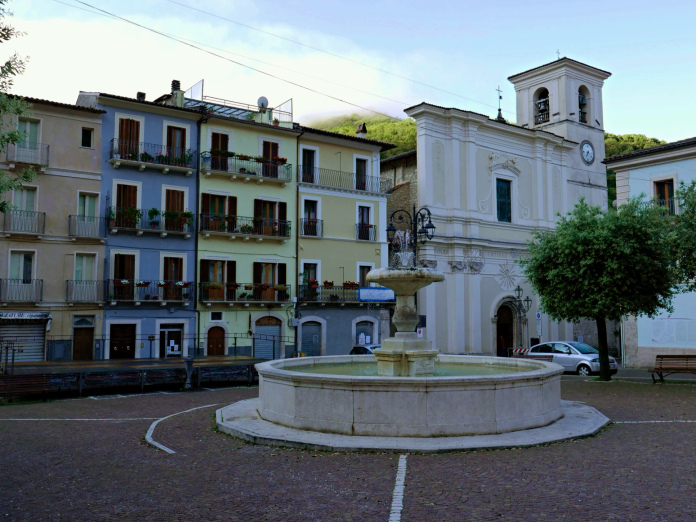 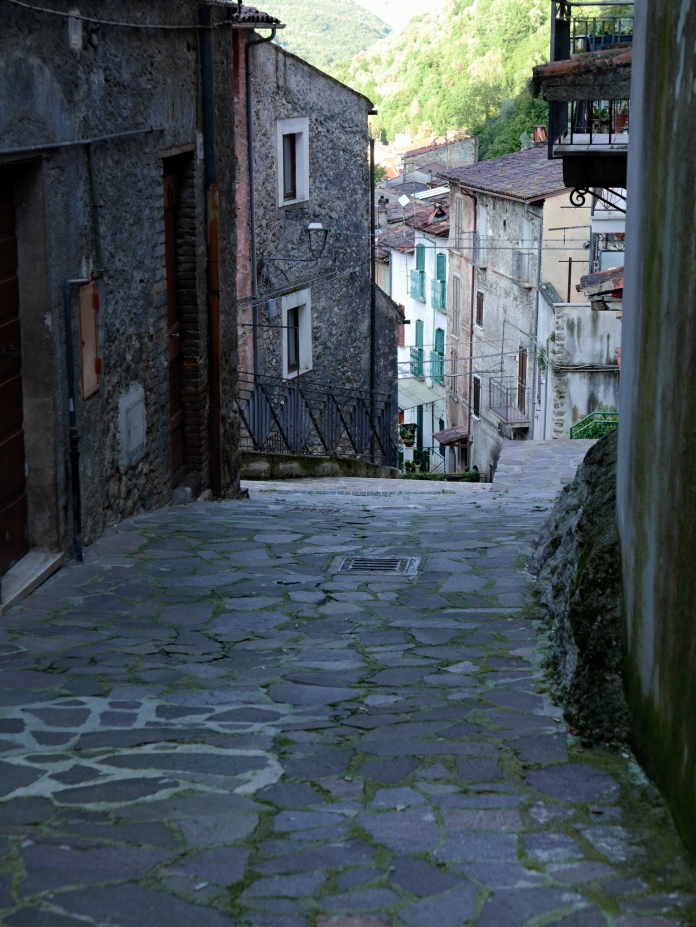 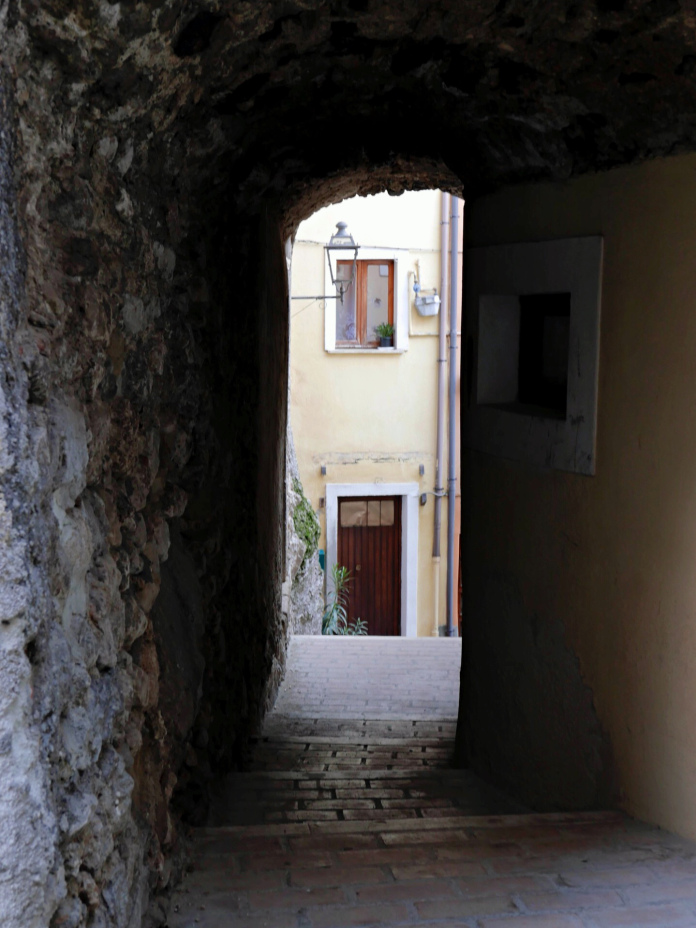 Andrew used his Italian at the bar, one of four spaced around the fountain at the centre of the tiny town square, to try and find us a room. Eventually with one person calling a friend who called another, we met a woman who was renting rooms. Bikes were locked up in a small alley with covers on; they slept well and so did we. The following morning we were woken at 7 am with church bells chiming and the blast of canon. For real, as my kids say. We still don’t know if the canon fusillade is the usual morning occurrence in Antrodoco, or whether it was related to the religious procession that took place that morning but it did wake me earlier than I needed. I’m still trying to catch up on sleep but it isn’t working…

Tour of the Apennines and barbecue in hail come up in next post.

One thought on “Duped again by the GPS”